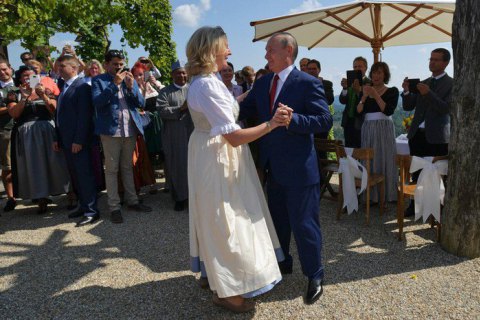 "There were top-level contacts. There will be some interesting news in the Austrian direction shortly. As the ambassador, I cannot spill the beans," Ukraine's ambassador to Austria, Oleksandr Shcherba, said at a meeting with journalists in Kyiv, answering a question from LB.ua.

There would be contacts on a "good level", he added.

Earlier, the head of the parliamentary committee for foreign affairs, Hanna Hopko, said Putin's visit discredited Austria as a neutral state which "could no longer be a mediator for Ukraine".