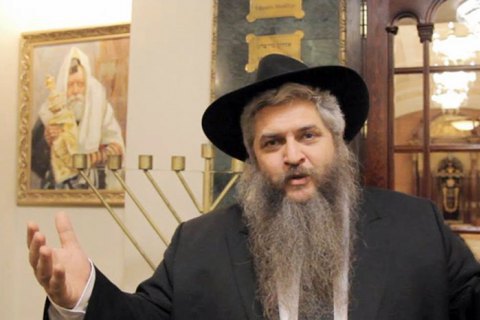 The Jewish community of Kyiv has accused the National Anticorruption Bureau of Ukraine of illegal wiretapping. Chief rabbi of Kyiv and Ukraine Moshe Reuven Azman made a statement to this effect.

He said that in October, the security service of the Jewish community of Kyiv discovered that the central synagogue in Shota Rustavelli Street was under surveillance which involved cars with fake number plates. The community's sources allegedly identified several people who were involved in surveillance as NABU employees. Unauthorised wiretapping devices were found in the prayer house.

According to the rabbi, this is not the first case of malpractice by the NABU.

Therefore, the rabbi demanded that law-enforcement agencies sort the situation out. He also urged international organisations to take the investigation under their control.

The NABU denied the allegations.

"Reports that the NABU allegedly carried out illegal investigative actions in respect of the Jewish community of Kyiv have nothing to do with reality. The NABU did not install any wiretapping devices in the central synagogue of the city of Kyiv. There was no visual monitoring of the building," it said.