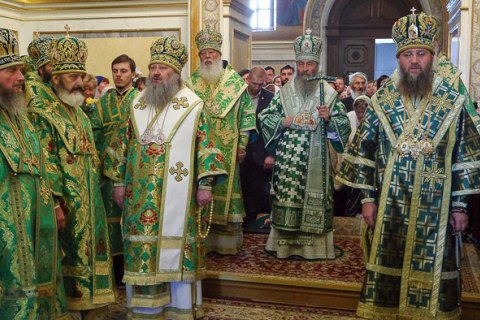 The Ukrainian Orthodox Church of the Moscow Patriarchate (UOC MP) is not going to change its name as the recently adopted bill would suggest, its law department head Oleksandr Bakhov has said on the church's website.

He added that the UOC MP understands that the law is directed against it and plans to use all legal means for protection.

The UOC MP is initiating an appeal to the Constitutional Court to challenge the bill.

According to the charter of the UOC MP, it is affiliated with the Russian Orthodox Church and is guided by its decisions since 1990.