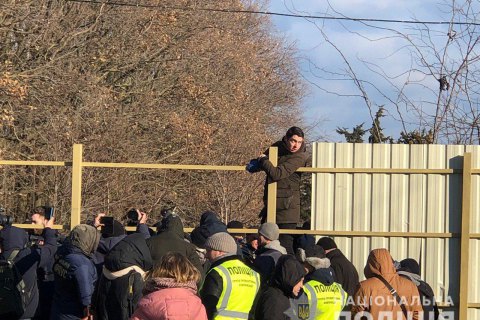 People protesting against the urban development of a park in Odesa have clashed with police. Three activists – the leader of the Odesa branch of the Avtomaydan movement, Vitaliy Ustymenko, the leader of the People's Front movement, Demyan Hanul, and Oleh Kozhuzhnyak – were detained.

The protest under the slogan "We will not let them steal the park!" was held in the 411th Battery Park. The activists came to take down the fence which was installed around a future "dog training ground" because its foundation was solid enough to build a two-storeyed house.

Police attempted to dispel those who were trying to take down the fence. The Odesa regional office said tear gas was used against law enforcers.