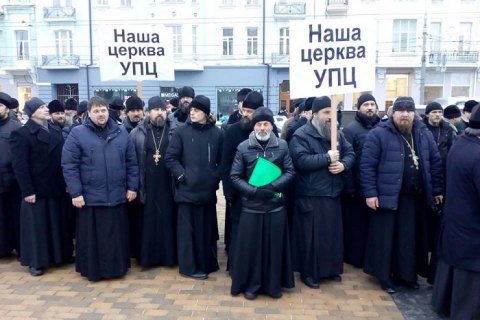 Around 100 priests of the Ukrainian Orthodox Church of the Moscow Patriarchate (UOC MP) rallied in Vinnytsya on 4 January, according to UA:Vinnytsya.

They first held a rally outside the regional state administration, holding banners calling for an "end to persecution of the UOC MP", and then walked along central Vinnytsya.

The priests represented the eparchies of Tulchyn, Mohyliv-Podilskyy and Vinnytsya.