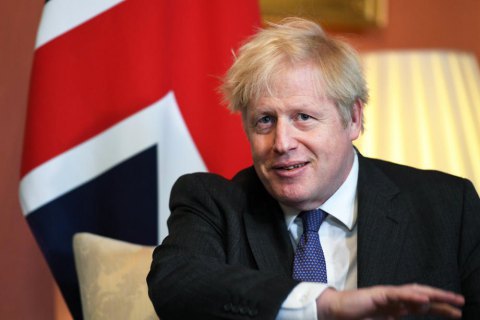 The Prime Minister of the United Kingdom, Boris Johnson, has called on world leaders to provide new guarantees that Russia's "terrible" invasion of Ukraine will not achieve its goal.

Johnson outlined a six-point plan. One of the points is to strengthen defence in NATO countries quickly.

In an article in the New York Times, the Prime Minister said, "These are not future historians who will judge us. The people of Ukraine will be our judges," the BBC reports.

"We must defeat Putin, and his defeat in this act of aggression must be visible. Future historians will not be our judges, but the people of Ukraine will be," the British prime minister wrote.

According to him, "it is not enough to express our support for an international order based on rules - we must protect it from constant attempts to rewrite the rules by military force."

Russia's invasion was condemned by 141 countries at an emergency session of the UN General Assembly this week. Furthermore, 39 countries, coordinated by Great Britain, have filed the most significant number of war crimes in the history of the International Criminal Court.

In his six-point plan to support pressure on Putin, the prime minister proposes:

Johnson is expected to discuss his plan with Western leaders in the coming days.

According to Downing Street, these countries are already experiencing a humanitarian crisis: in just ten days of the war, 1.4m people left Ukraine for neighbouring countries.

Johnson said, "The world sees everything."

In an interview with the Sunday Telegraph, Wallace said: "History is full of authoritarian leaders who underestimate the West and the United Kingdom. Putin obviously underestimated the international community."

"If we stick together and stop intimidating, I believe he will fail," Wallace added.