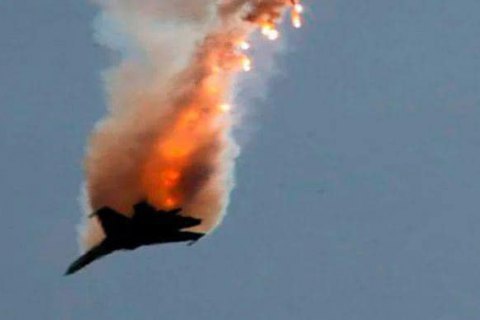 "The Defense Forces are conducting a defence operation within the Southern, Eastern and Northern operational zones to repel the attack of the occupying forces and inflict maximum losses on the enemy. The operation aims to prevent the occupiers' invasion inland, hold the state territory, create favourable conditions for the enemy's defeat, and regain control of the lost territories. The Defense Forces also repulse blows of the enemy's air attack", says the message.

The joint forces are conducting a defence operation in the eastern part of the Donetsk operational district. The primary efforts are focused on the defence of Mariupol and inflicting fire damage on the prevailing enemy's forces.

Other groups are conducting defensive operations and battles in Slobozhanskyy and the eastern part of the Tavriyskyy directions. In particular, the Ukrainian Air Assault Forces units stopped enemy convoys trying to advance towards the Dnipropetrovsk region from Balakliia.

An operation to defend Chernihiv is underway in the Sivers'kyi region.

A defence line is being prepared in the Volyn direction in the operational zone along the state border of Ukraine.

In the Prymorskyy direction, the Ukrainian army aims to defend bases and seaports on the Black Sea. Thus, in the Mykolaiv region, the Ukrainian Armed Forced seized a considerable quantity of the enemy's armoured and automobile equipment.

In the other directions, units and subdivisions of the Ukrainian army "conduct a stabilization operation" and perform territorial defence tasks to prevent offensive actions and activities of the enemy's reconnaissance and sabotage groups.

The Air Force has focused its efforts on repelling the enemy's missile and airstrikes and air covering of important (critical) Ukrainian objects and groups of troops.

In total, the losses of aircraft of the Russian occupation forces amount to 88 aeroplanes and helicopters. Ukrainian soldiers found some enemy pilots who catapulted and survived. Prisoners have received medical treatment and are already testifying about the Putin regime's crimes against humanity.

"The enemy is trying not to lose offensive potential but has significant losses in weapons, equipment, and personnel in the current situation. Due to the resistance of the entire Ukrainian people, the enemy is demoralized. The Russian reserves, which are being deployed, have a poor moral and psychological state due to the awareness of the actual state of affairs. The enemy continues to suffer losses," the Armed Forces General Staff said.