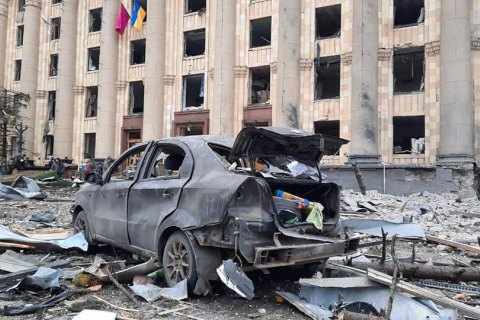 The objects of civil infrastructure in Chernihiv, Kharkiv, Bucha district of Kyiv region and Korosten district of Zhytomyr region have experienced the most large-scale consequences of hostilities over the past day.

This is stated in the summary of the State Emergency Service of Ukraine as of 8:30 am on March 6.

“During the past 24hrs, SES units have executed 422 field trips, including 198 field trips to eliminate the consequences of the shelling settlements and civilian infrastructure by Russian troops, 64 people were rescued. SES pyrotechnics made 63 seizures, neutralized 605 GNP," the statement said.

Since Russia's full-scale war against Ukraine has started, SES units have executed more than 6,600 field trips, including about 2,200 trips to eliminate Russian shelling of civilian settlements and infrastructure, and have rescued 280 people. Pyrotechnics of the SES conducted 545 seizures, neutralized 1,329 GNP.

It should be reminded that the enemy carried out several air strikes on residential buildings in the cities of Korosten and Ovruch in the Zhytomyr Region on the night of March 6. Dozens of private houses were destroyed in the shelling. There are victims.