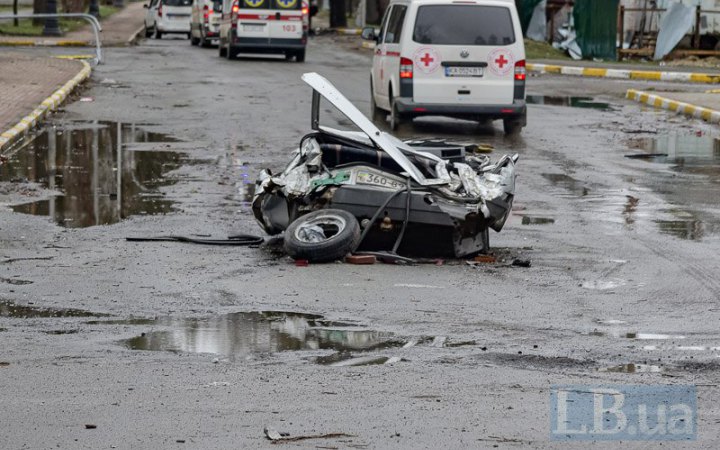 Why do russians kill and torture civilians?

The answer consists of three components: their motivation, their goal and how we should wrap our heads around it.

To understand, perceive and get over it is impossible. Our mentality protests against it. That is why I ask the question - how to wrap our heads around it. Maybe, we should not at all?

Let us start with the third one. So, we all need to get rid of romantic images about how wars are fought. Cinematography and literature that plant those images into our heads are created with care about audiences’ feelings - avoiding too traumatic scenes. And real wars mostly consist of such scenes.

People believe in all that fictional nonsense because it looks plausible. And that nonsense is what creates our cultural background about war. And at some point it collides with an ugly reality of a real war, compared to which horror films look like silly cartoons.

Our drama, drama of our perception and experience, lies in the fact that we were not ready for this. Subconsciously we expected something different - that there are rules at war, that people die aesthetically. And that those who die are mostly bad guys, good people mostly survive. It is not like that in real life. There is a huge contrast between our expectations and reality, and we stepped on it like on a landmine.

We feel horror and despair, unable to understand - how all this could happen to people. How is this at all possible in the world? It contradicts our view of the world.

Forget this view, there is no difference between civilians and non-civilians for the enemy. They kill everyone.

So, how to wrap our heads around it? I would recommend perceiving yourself as a soldier. Such an approach makes everything fall into place. When you are inside the war and the war is inside of you, the horror is one shot away from you. The evil is right in front of you, you are fighting it and will keep fighting it your entire life (not necessarily on a battlefield). It is a moral imperative that stabilises your mind.

“This can happen to anyone. There will be more and more such stories as russians unfortunately have been not only in Bucha and Irpin. We will learn about Chernihiv, Mariupol and so on. Just like we gradually learned about war crimes committed by the Nazis and the Red Army during WW2.

And now about the purpose of such actions of russians. Their actions have a purpose. They are not single unrelated cases, these are purposeful actions. Here a simple term arrises - terrorism. Nowadays people also have a different image of it in their minds - after all those movies people perceive it as taking hostages and freeing them heroically.

No, the core of terrorism is intimidation. The more fear it causes, the more effective the terrorist operation is.

In our case, the terror is starting to reach its goal. Rocket attacks have not intimidated Ukrainians, neither have combat machines and infantry attacks. Yes, there are refugees and internally displaced people, but still there hasn’t been an effect that the enemy counts on - mass panic and disorganisation.

So, the first three phases of intimidation have failed completely. The next phase is what we have faced after freeing Bucha and Irpin. Mass murder, torture and rape of civilians. It is a purposeful action. Not in the sense that russians have been killing certain people. No, their commanders have simply told them to do whatever they want to make Ukrainians disappear from this world.

This phase of terrorism is more dangerous as it concerns the basis of human life. Terrorists claim: “Fear and tremble, we will be back, we will do this to all of you. We will crush and burn you”. And it totally goes along with what an average russian thinks: “Every khokhol [a derogatory Russian term for Ukrainians] must burn”. And all these average russians represent the opinion of russian elites. Everything that russian government has been doing is supported by russian people. They want it to happen to all the world that has not surrendered in the face of “russian glory”.

“We have to be extremely careful sharing such information on social media. On the one hand, we learn fast - not to post photos and videos of the places where rockets have landed. On the other hand, when something outrageous happens we cannot help reacting.

People are watching shocking photos, sharing them and writing outraged comments - fair and moral. In fact, they are all helping to spread the wave of informational terrorism, but it is hardly possible to demand from them no to.

It would be unwise to tell people not to react the way they react. I am saying it with all sincerity, without any sarcasm, I cannot feel impartial to these events as well. But because of my profession, I cannot repost anything, as I understand how it works.

Finally, about their motivation. All the russians that have been committing this terror are mini-putins. Putin is a child of St. Petersburg’s streets with a massive inferiority complex and an overwhelming desire to grow up and take revenge.

Look at the geography of those “occupants” - they all come from nowhere. Being born among Siberian swamps, they have been brought to places that appear splendidly wealthy to them. And out of envy and revenge they are destroying whatever comes in front of their eyes.

Revenge, envy and inferiority complex are what the motivation of russians consist of.

And one more thing - they have been allowed to do everything, and it causes addiction just like a drug. For the first time in their lives, they have found themselves in a place where they feel superior. Each of them can be a mini-devil, a mini-satan. Destructive sataniс sects allow their members everything within their rituals. So, russians collectively are fulfilling the ritual of getting rid of everything that is humane in them. They are getting immense energy of satanic pleasure out of it. A collective orgy of violence. In fact, they are performing the ritual of cannibalism. They have been eating dogs, but they are also capable of eating people.

We will find out much more about them in future. We need to amortise our perception and see ourselves as soldiers. There will be more and more terror to challenge our sanity.

When you are a warrior, you are wearing a helmet. You feel the terror hit it, but it protects you, at least from the debris. This is our task - to protect people from the debris of the terrorist explosion that causes fear and demoralisation.