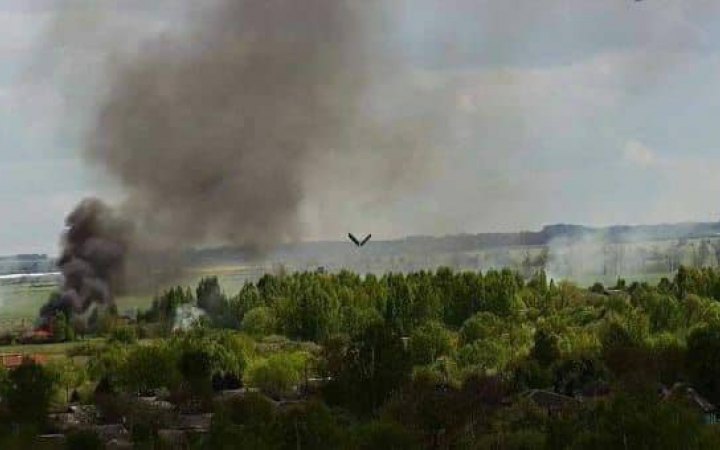 Russia has used weapons 7 times on the border with Ukraine within the Sumy region, and twice fired on Chernihiv region.

This was reported in the press service of the SBGS.

"This afternoon, houses of a country estate on the outskirts of one of the border settlements in Shostka district were damaged by enemy fire. Mortar shelling of the border in the Gorodnyansky district of Chernihiv region was also recorded," border guards said.

According to the SBGS, two dozen mortar mines exploded in the area of the country estate, which were dropped from the village of Zernovo, Bryansk region of the Russian Federation. "This shelling was accompanied by the firing of large-caliber machine guns of enemy armored vehicles," the border service added.

The State Border Guard Service also reported that mortar shelling of Ukrainian territory by the russian village of Lokot was under way. From there, on May 16, enemy saboteurs tried to enter the Sumy region.

SBGS servicemen also observed the flight of russian manned and unmanned aircraft near the border.

Today as a result of an air strike which in the morning was struck by the russian troops on the settlement of Desna that in the Chernihiv region, eight people were lost. Another 12 were injured.

Fighting continued in the north of Shostka district of Sumy region, there was an unsuccessful attempt to break through the state border in the area of Seredino-Buda by the invaders.