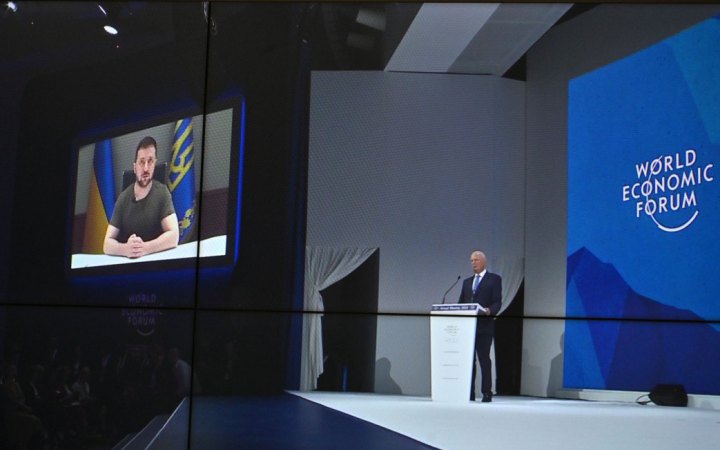 After winning the war with russia, Ukraine will become a powerful and secure state, free from corruption and the influence of oligarchs.

This was stated by President Volodymyr Zelenskiy, who took part in the online format at the World Economic Forum in Davos.

"It will be a strong state with discreet security priorities. We understand that with such a neighbor, anything can happen at any moment, and, unfortunately, there can be a war. War can happen again. I am sure we must create such conditions so that people and businesses are not afraid to develop in our country," Zelenskiy said.

He added that the state "does not intend to revive certain corruption steps, corrupt institutions, oligarchic influence."

"All this will not happen in Ukraine. And there is nothing like that now. It is such a state - powerful, trendy, technological and safe, which is ready to protect its land and people at any moment," said the President.

Earlier mass media announced performance of the President of Ukraine at a forum in Davos on the day of opening of conference.

Also today, Zelenskiy during his address to the forum participants mentioned the tragic death of 87 people in the Desna in Chernihiv region from russian shelling.