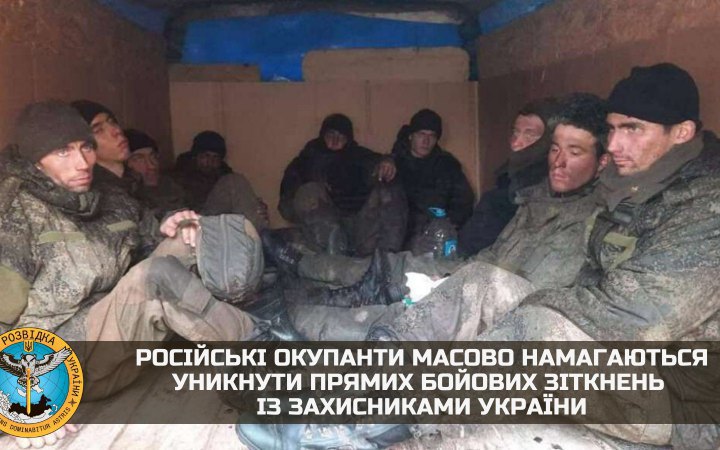 Ukraine's military intelligence has released a list of the command staff of the 30th Brigade of the 2nd All-Military Army of the russian armed forces operating in the Lyman direction.

This was reported by the Main Intelligence Directorate of the Ministry of Defense.

According to intelligence, the russian occupiers are trying en masse to avoid direct clashes with Ukrainian fighters, despite the threats of criminal prosecution, barricading detachments of Kadyrovitsy and increased control by "individuals" and border guards.

"One of the brigade units was detained while trying to cross the state border near the Shiyany checkpoint (Belgorod region) and forcibly returned to the zone of active hostilities. Now the unit is discussing the possibility of capturing the defenders of Ukraine," the MID said.

The list of russian occupiers who commit crimes against the Ukrainian people can be found at the link.