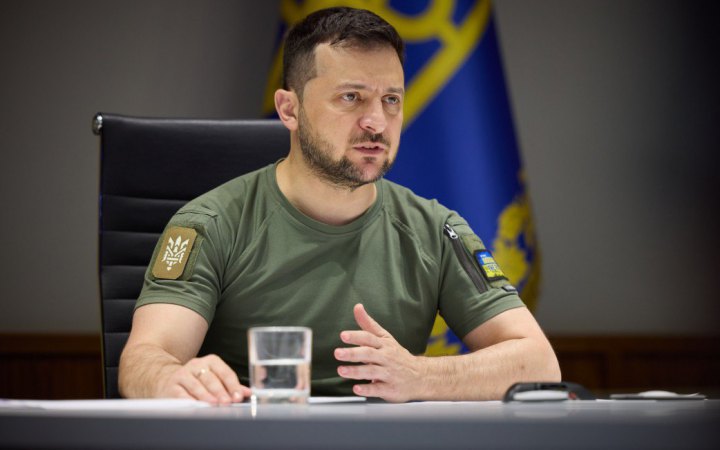 President Volodymyr Zelenskyy has dismissed the chief of the Security Service of Ukraine (SBU), Ivan Bakanov, and Prosecutor-General Iryna Venediktova.

The president's decrees to this effect are available on his official website.

In particular, Bakanov was removed from duty under Article 47 of the Disciplinary Statute of the Ukrainian Armed Forces, which reads "Failure to perform (inadequate performance) of service duties, resulting in loss of life or other grave consequences or creating a threat of such consequences, shall be grounds for the removal of such member of the armed forces from duty".

"I have decided to dismiss the prosecutor-general and the head of the Security Service of Ukraine. As of today, 651 criminal proceedings on treason and collaborative activities of employees of the prosecutor's office, pre-trial investigation agencies, other law-enforcement agencies have been registered," Zelenskyy said on Telegram.

The president noted that in 198 criminal cases such individuals were notified of suspicion. In particular, more than 60 employees of prosecutor's offices and the SBU remained in the occupied territory and work against our state.

"Such an array of crimes against the foundations of national security of the state and the contacts that have been registered between employees of Ukrainian security agencies and Russian special services pose very serious questions to the respective agency heads. Each of such questions will receive a proper answer," Zelenskyy added.

Ivan Bakanov, head of Zelenskyy's campaign headquarters, director of Studio Kvartal-95 and Kvartal 95 LLC and ex-leader of the Servant of the People party, joined the SBU leadership in May 2019. Zelenskyy called him "the most honest head of the SBU since independence". Bakanov is Zelenskyy's childhood friend.

Iryna Venediktova was elected to parliament, being No 3 on the list of the Servant of the People party in the 2019 parliamentary elections. She was the head of the committee on legal policy in the Ukrainian parliament of the ninth convocation. On 27 December 2019, Zelenskyy appointed Venediktova as interim director of the State Bureau of Investigation.

On 17 March 2020, Zelenskyy appointed Venediktova as prosecutor general. The post was vacant because parliament had expressed no confidence in Ruslan Ryaboshapka.