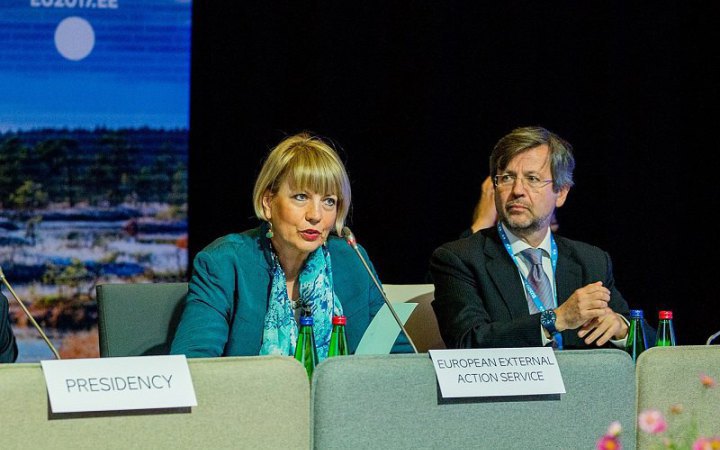 OSCE Secretary General Helga Maria Schmid said in an interview with Welt that it makes sense for Russia to remain a member of the organization, as the communication channels will come in handy again one day, Deutsche Welle reports.

"At least from today's point of view, I think it makes sense for Russia to remain a member of the OSCE. The Permanent Council meets every Thursday at the level of 57 OSCE ambassadors in Vienna. In 2022 Poland chaired the OSCE and at every session put the issue of Russia's aggressive war against Ukraine on the agenda. There was no "usual routine". Sitting at the table does not mean exchanging diplomatic pleasantries," Schmid said.

Schmid stressed that it is absolutely clear that Russia attacked Ukraine and is the aggressor in this war.

"Ukraine's Foreign Minister Dmytro Kuleba is right to argue that fundamental OSCE principles, such as state sovereignty, territorial integrity and the prohibition of violence, have been trampled upon. Secondly, unlike the Council of Europe, the OSCE has no suspension mechanism that could be used to expel Russia," she said.

Earlier, the Special Envoy of the OSCE Chairman-in-Office Artur Dmochowski admitted that the aggressive war unleashed by Russia threatens the existence of the organization, so efforts should be made to preserve this structure.