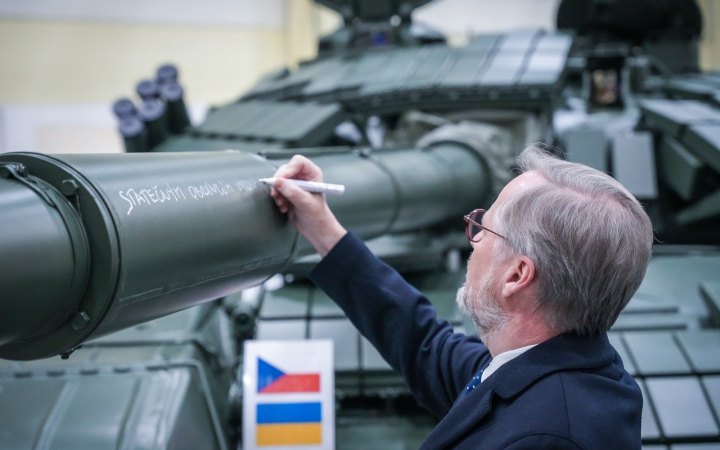 The Czech government is preparing to transfer a new batch of T-72 tanks to Ukraine, Czech Prime Minister Petr Fiala has said on Twitter.

"I wrote a short message to the brave Ukrainian defenders on the T-72 tank that will go to Ukraine. I believe that Ukrainians will win the fight against the Russian aggressor," he tweeted.

Fiala also added that Ukraine would be provided with a TREVA 30 evacuation vehicle.

"During my visit to the army arsenal, I also had the opportunity to bless the new TREVA 30 evacuation vehicle, which in the future can help Ukraine," he said.