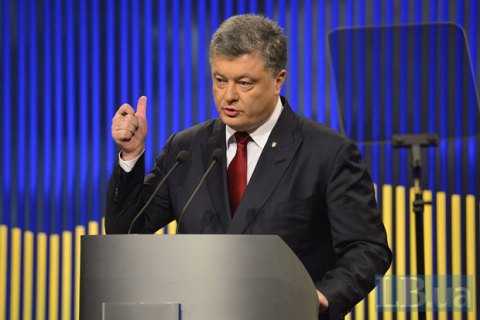 President Petro Poroshenko has said that the electronic declaration of income of civil servants must be introduced already in 2016. He was speaking at the meeting of the Council of Regional Development, the president's official website has said.

"The amendment to the law on the state budget that postpones this issue until 2017 should be abolished. We will introduce them [e-declarations] in 2016. It is the visa-free regime package and we cannot postpone it anymore," he said.

The president added that the draft laws on those amendments had already been revised with regard to the experience of the EU countries.