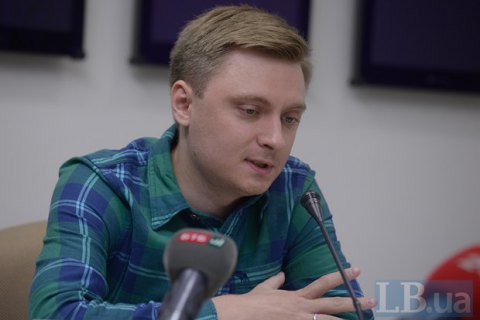 The return of the issue of Crimea's annexation to the EU agenda and the rather tough resolution of the European Parliament on the situation on the peninsula, apart from all the obvious reasons, have a more discreet context. In particular, they are a reaction to the so-called "Russian winter" in Germany and other unfriendly escapades by Russia against a number of EU member states.

The political programmes director at Gorshenin Institute, Yevhen Kurmashov, said this in a comment on the European Parliament's resolution on the occupation of Crimea by Russia.

He suggested that one of the reasons for passing the resolution, which is so unpleasant for Moscow, has to do with the events which took place in Germany shortly after the New Year, while the very decision of the European Parliament is an asymmetric response to Russia's aggressive rhetoric and interference in internal affairs of a number of EU member states, including Germany.

"Both Ukrainian and Western experts repeatedly said that last year the issue of Crimea's annexation by Russia was effectively pushed from the agenda by the Donbas war and the Minsk negotiation process. However the situation has changed. Crimea is back in the spotlight of European diplomats, officials and MPs. And although yesterday's resolution of the European Parliament is only a recommendation to the EU executive, MPs' recommendations later turn out to be supported by bureaucrats' actions in 99 per cent of similar cases," he explained.

Kurmashov recalled that many German politicians, including Foreign Minister Frank-Walter Steinmeier known for his traditional diplomatic position on Russia, had recently made fairly harsh comments about the Berlin events, accusing Russia of brutally interfering in Germany's internal affairs.

He believes that Ukrainian diplomats, MPs and the president deserve big credit for the European Parliament's important resolution. However, he adds, the latest resolution on Crimea has a somewhat different motivation than merely to support Ukraine, its sovereignty and integrity.

"The situation in 2016 is significantly different from what it was in 2014-2015. Today it is the EU that is facing the need to defend itself from Russia's hybrid action. The EU hears perfectly well Moscow's 'Baltic warnings' and the aggressive statements of the Russian Foreign Ministry against Bucharest and takes the recent attempts to destabilize the situation in the German capital in earnest," he said. "When it is time for consolidated institutional decisions, they are usually consistent and tough with regard to Russia."