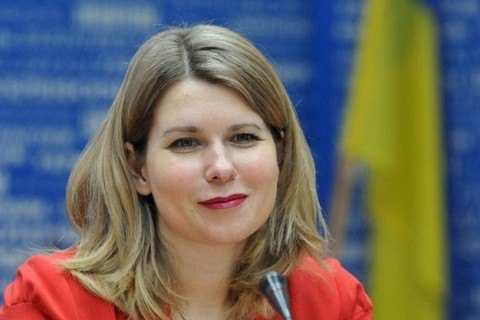 The Cabinet of Ministers has appointed Hanna Vronska as acting ecology and natural resources minister , according to its resolution No 60 dated 3 February.

Vronska is a deputy minister of ecology and natural resources for European integration.

She was born in Pomichna, Kirovohrad Region on 7 August 1974. She graduated from the Institution of International Relations of the National Taras Shevchenko University and studied in the law school of Case Western Reserve University in the USA.

Before coming to work for the Ecology Ministry in May 2015, Vronska was a partner at the Vronskyy, Vronska and Partners law firm.

The post of the minister of ecology and natural resources has been vacant since 2 July 2015 when Ihor Shevchenko was dismissed. Serhiy Kurykin, who was appointed as acting minister, was dismissed on 27 January 2016 after a corruption scandal.