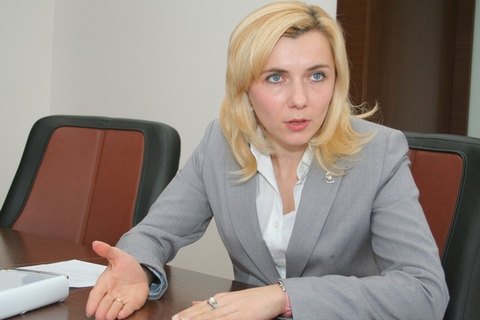 A deputy economic development and trade minister and Ukraine's trade representative, Natalya Mykolska, has announced on Facebook that she is stepping down.

"Today I took a very difficult and important decision to step down as the trade representative together with the minister. I joined the team of technocrats and the minister's main criteria of selecting me for the post were my professional skills and moral qualities. Our entire team was formed this way. And this approach was supported by the Cabinet of Ministers of Ukraine. We came to change this country. We have achieved a lot but more is yet to come. My main task was to act as an advocate for business, for Ukrainian exporters. We have been implementing this task together with the ministry team formed by minister Abromavicius," Mykolska said.

Economic Development Minister Aivaras Abromavicius tendered his resignation today in protest against what he described as PPB senior figure Ihor Kononenko's attempts to subdue the ministry. Kononenko dismissed the allegations as an attempt to shift responsibility for his failures.