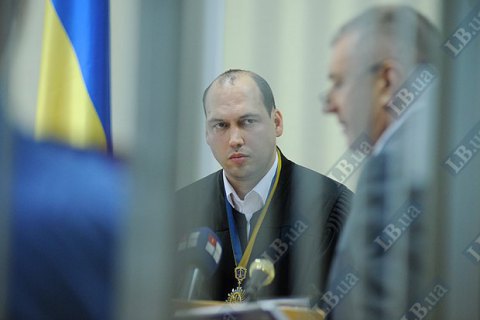 The Prosecutor-General's Office (PGO) has recalled all of its accusations against a judge of the Kiev Pecherskyy district court, Serhiy Vovk, who sentenced a former interior minister and current faction head, Yuriy Lutsenko, to four years in prison in 2012, a PGO source has told LB.ua.

The judge was then reinstated.

The schedule of hearings on the website of the Pecherskyy district court puts him on work on 2 February.

Parliament authorized the arrest of judges Oksana Tsarevych, Viktor Kytsyuk and Serhiy Vovk last March on the request of the PGO which launched criminal proceedings against them over a deliberate miscarriage of justice.

The Supreme Qualification Commission of Judges of Ukraine upheld the PGO request to dismiss Vovk. On 6 March, the Kiev Holosiyivskyy district court refused to arrest Vovk who did not work anyway because he was on paternity leave.