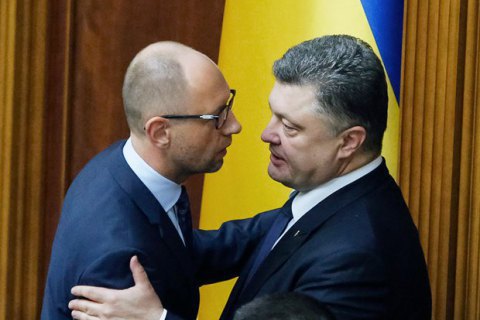 "The president, prime minister and speaker assured us that they will work together in unity to reform the country," he said.

The ambassadors, for their part, let the Ukrainian leaders know about their unchanged support.

He also said that the meeting touched upon the resignation of Economic Development and Trade Minister Aivaras Abromavicius.

When asked why the Ukrainian leaders chose to meet the foreign ambassadors after Abromavicius's resignation, Sumi said that they were willing to demonstrate their unity to them.

The ambassadors refused to comment on any personnel changes in the Cabinet of Ministers.

At the meeting, the G7 ambassadors said it was important for Ukraine to deliver on its commitments to the IMF to be able to receive financial assistance from the West.

The meeting was prompted by Economic Development Minister Aivaras Abromavicius's resignation over what he described as pressure from MP Ihor Kononenko, Poroshenko's long-time friend. Kononenko dismissed the allegations.