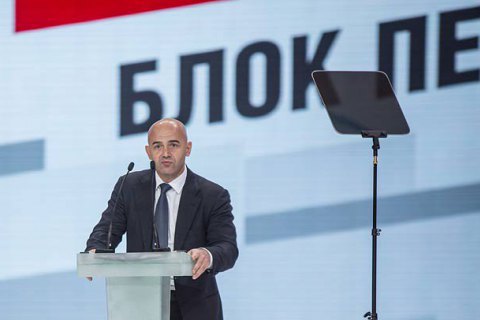 Ihor Kononenko has stepped down as first deputy head of the propresidential Petro Poroshenko Bloc for the period of investigation into the allegations levelled against him by Economic Development and Trade Minister Aivaras Abromavicius.

"Regarding the situation we have now and the allegations levelled against me by Economic Development Minister Mr Abromavicius, I should make the following statement: yesterday I filed and officially registered a statement with the National Anticorruption Bureau concerning the allegations against me and asked [the bureau] to hold a fair investigation and punish those guilty. Second, I suggest and insist that Mr Abromavicius and I take a polygraph test with regard to the accusations against me. And third. I decided to step down as first deputy head of the Petro Poroshenko Bloc faction in parliament for the period of investigation and I would like the faction to support my decision," the Petro Poroshenko Bloc faction's website quoted Kononenko as saying.

At its 4 February meeting, the Petro Poroshenko Bloc faction refused to advise Kononenko to step down as MP.