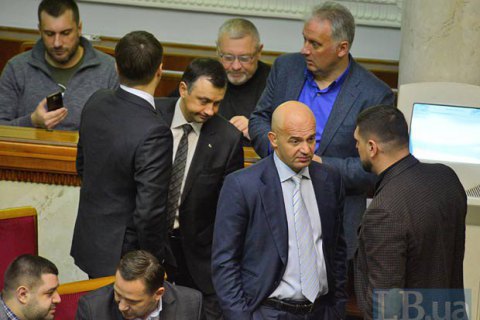 The faction met for the second time this day at noon during the recess in the morning session of parliament.

MP Yehor Firsov suggested that after the scandal involving Economic Development and Trade Minister Aivaras Abromavicius's resignation, Kononenko should step down as MP. Several MPs spoke in support of the initiative. In particular, MP Mustafa Nayem and Yuriy Lutsenko had a very emotional debate. However, when put to vote, the initiative was only supported by around 10 MPs, most of them from the so-called anticorruption group in the PPB.

Neither Abromavicius, nor Kononenko attended the meeting.

MP Ihor Artyushenko told LB.ua that the faction continues to insist on meeting Abromavicius. It also demands that he reports on his performance to the respective parliamentary committee and the PPB faction.

President Petro Poroshenko suggested that Abromavicius should keep the post.