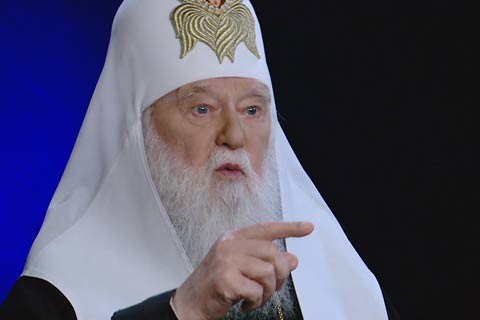 The Holy and Great Synod of the Orthodox Church which will meet in Crete in June will not consider the issue of recognizing the Kiev patriarchate as a canonic church, as it was previously planned, due to the ultimatum put by patriarch Kirill.

The synod has been prepared for 50 years and its agenda will focus on the unity of Orthodox churches, the leader of the Kiev-run Ukrainian Orthodox Church, Filaret, told Sonya Koshkina on her talk show Levyy Bereg.

"The issues to be considered will include marriage, lent and relation to the modern world. They have already been settled as we already live in this. They will simply register what is happening in the real life. For the church, these issues are of no great signficance as they will bring no changes," the patriarch said.

Whereas the issue of autocephaly, he said, sparks debates and contradicts the main idea of the Synod, which is to demonstrate the unity of the Orthodox Church, that is why it was dropped at the preliminary meeting in Geneva.

"The issue of autocephaly will be omitted from the agenda of the future Synod not because the Ukrainian church is interested in it, there are others too. For example, the Macedonian church declared itself autocephalous and is in conflict with the Serbian church. The Montenegrin church is in the same situation. There is no unity on the issue of autocephaly therefore it was not put on the agenda of the Synod - as it may cause debates and there will be no unity. The Synod is called to demonstrate the unity of the Orthodox Church," patriarch Filaret said.