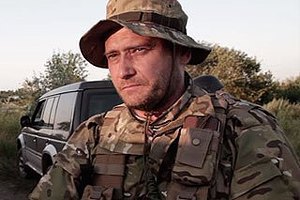 He said this at a news conference in Lviv, according to ZIK.

In Yarosh's words, DIYA is planning to hold a unification congress in May and expects to be able to take part in elections on all levels. This movement should combine various party and public environments and will be "remotely reminiscent of the People's Movement of Ukraine (Rukh) before Ukraine gained independence".

"Russia's external aggression does not allow public initiatives to run on full scale but without putting the situation in the rear to order, we would not be able to settle military issues and the issue of liberating the occupied territories," he said.

He added that although the movement is only forming now, it is considering running in elections on all levels.

In late November, Yarosh was practically removed from the Right Sector administration by those who insisted on toppling President Petro Poroshenko and seizing power.