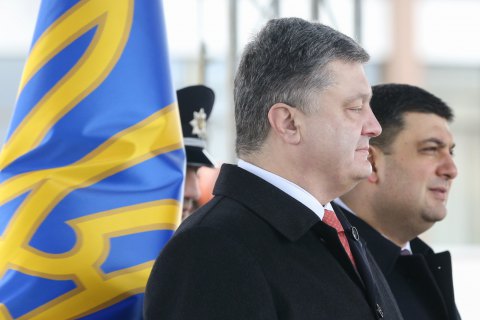 Ukrainian President Petro Poroshenko has said that a solution to the situation with the government will be found and the required pace of reforms will be achieved, according to his official website.

He was speaking in the wake of the official launch of the patrol police in Vinnytsya on 22 February.

Asked about a solution to the political crisis, he said that he had already outlined his position in the recent address. "I believe Ukraine needs to reboot the government today. This is what our people demand," he said.

According to Poroshenko, the government also understands that a reboot is necessary. "Parliament must finally assume responsibility and work out a solution to the crisis jointly,” he said.

Poroshenko is critical of an idea of early parliamentary elections.

"People have already done everything they can: expressed their will and voted for those who formed pro-European forces in parliament," he said.