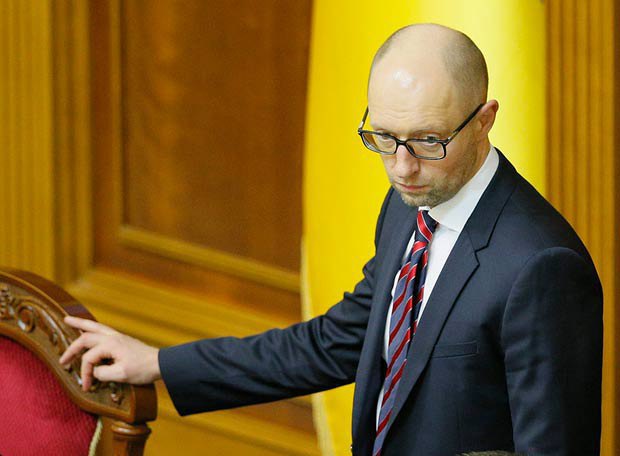 After the president's address, it became clear that we were about to see nothing but a show. The head of state said that Prosecutor-General Viktor Shokin should step down while the government should be reset in full. Many Ukrainian, and not only Ukrainian, journalists took the bait of the head of state's harsh criticism of the government, which prompted a number of mass media to publish flashy headlines saying that Poroshenko called for Shokin's and Yatsenyuk's resignation. However, the president's official website said that the president had "called on Prime Minister Arseniy Yatsenyuk to totally reformat the Cabinet of Ministers on the basis of the current coalition". Poroshenko said in his address that the prime minister had an opportunity to choose the best way to implement this request.

Afterwards it became clear that the fate of Arseniy Yatsenyuk is decided for at least the coming months: he will keep the post of the government head. This brings a question: why did they talk so much about a government dismissal and collect signatures only to later ensure the voting which guaranteed immunity to the head of the government and his ministers?

As it usually happens when someone does not want to see the obvious, all sorts of issues – up to a "collusion of oligarchs" – are discussed on the parliament sidelines. In fact, everything is much simpler, with the point in question being banal responsibility.

Petro Poroshenko indeed wants to see Arseniy Yatsenyuk dismissed. The prime minister is the only official today to prevent the presidential administration from accumulating all powers to govern the country and consecutively the whole volume of influence. The prime minister's allies are in charge of two ministries – of the interior and justice - control over which is vitally important to the president. Without this control, Petro Poroshenko indeed remains the head of the parliamentary-presidential republic. Should he have this control and his own prime minister, he will become a "true" president. 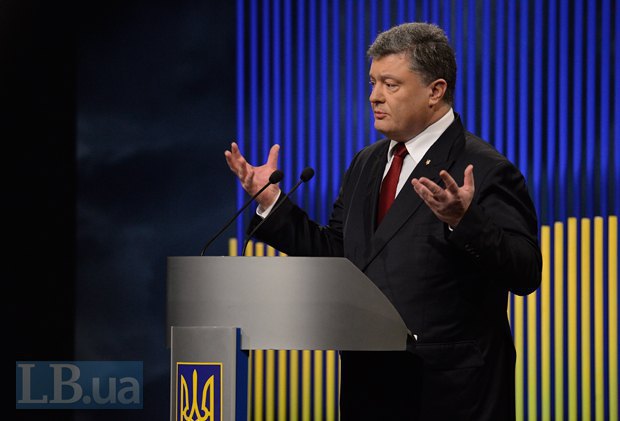 Judging by the talented and meticulous efforts, which also respect all the principles of the effective constitution, Petro Poroshenko is striving for this control because his understanding of power does not foresee maintaining the existing balance or any other balance at all. Hence the launch of this quite successful campaign to discredit the prime minister, which as a result turned into a campaign to discredit the president's entourage. It would seem that Poroshenko would get rid of Yatsenyuk right away before the fight against presidential allies entered a dangerous phase.

But Poroshenko is too experienced to act boldly. He is clearly aware of what responsibility means. If parliament dismisses Arseniy Yatsenyuk's government with a majority of votes and thus opens the way to an early election, the main burden of responsibility for the current situation in the country will end up not with Yatsenyuk's cabinet but with a replacement temporary government. Ukrainian voters' memory is not just short, it is emotional. By the autumn, when citizens go to the polls, they will have associated their problems not with Yatsenyuk but with a then head of the government. And Yatsenyuk will once again become a centre of electoral expectations – much like it happened after Maydan [pro-Europan, antigovernment protests in the 2013-2014 winter] when the unpopular "kulyavlob" [verbatim: "bullet in the forehead", a nickname of Yatsenyuk] became the "most European prime minister". And they will also associate this responsibility with the president if his man heads the government, and who else will?

They will also blame the deteriorating situation on the political forces which ensured the government's dismissal: six months is enough to spread the word on how "we were implementing reforms and ensuring stability when they spoilt it all". With the hryvnya exchange rate going down, these tales will sound very persuasive. And the hryvnya will surely fall because the IMF is unlikely to issue loans to a temporary government. And privatization will have to be put on the back burner until there are sustainable authorities. In this situation, not only the exchange rate but the ratings of the Petro Poroshenko Bloc, Fatherland and Self-Help, the forces which assumed responsibility for the change of power and only spoilt it all, will go down. Only the People's Front as a party of the offended will be able to improve its rating as well as the yet virtual project of Mikheil Saakashvili, which will have to become the harshest critic of the presidential vertical and the head of state to see its rating go up. And after the [presidential friend MP Ihor] Kononenko story, the president is not certain at all that this project will be a loyal partner to the Petro Poroshenko Bloc. Taking into account the discord within his own entourage, he can anticipate any sort of surprises from anyone. 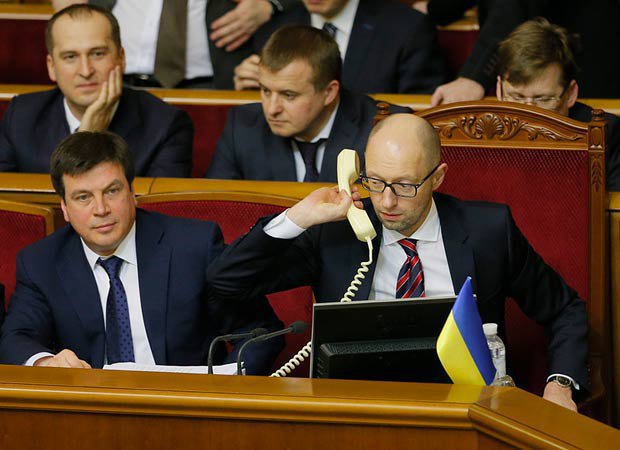