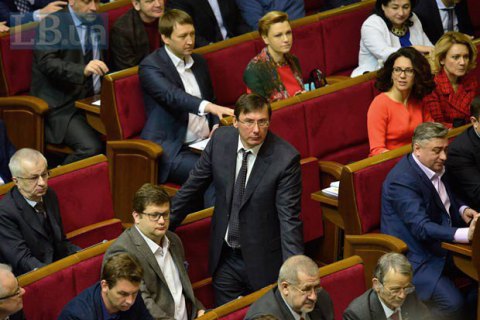 The propresidential Petro Poroshenko Bloc (PPB) parliamentary faction has recognized the Cabinet of Ministers' performance as unsatisfactory, one of its members has told LB.ua.

The meeting has lasted for three and a half hours. President Petro Poroshenko was the first to speak, followed by Prime Minister Arseniy Yatsenyuk.

According to information available to LB.ua, Oleh Lyashko's Radical Party faction and the People's Will group are also inclined to help the cabinet out.

The Ukrainian government is expected to report to parliament on its performance on 16 February. The Ukrainian parliament can approve or reject its report. In the latter case, parliament should initiate the Cabinet of Ministers' dismissal by collecting 150 signatures of MPs.