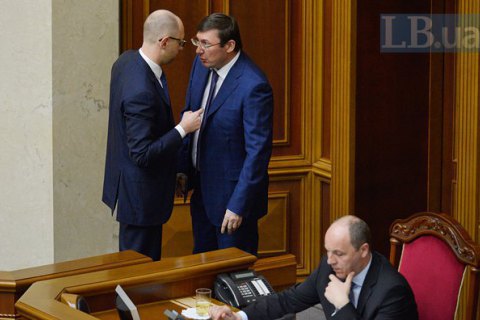 The leader of the propresidential Petro Poroshenko Bloc faction, Yuriy Lutsenko, has registered with parliament a resolution of no confidence in the Cabinet of Ministers, signed by 158 MPs, a well-informed source has told LB.ua.

According to the law on the Cabinet of Ministers, a resolution of no confidence is considered adopted if it is supported by at least 226 MPs. If if it is supported, the government will step down. If there is not enough votes, MPs will not be able to re-visit this issue until the end of the current parliamentary session.

Lutsenko earlier said that parliament would vote on a government dismissal on 16 February.