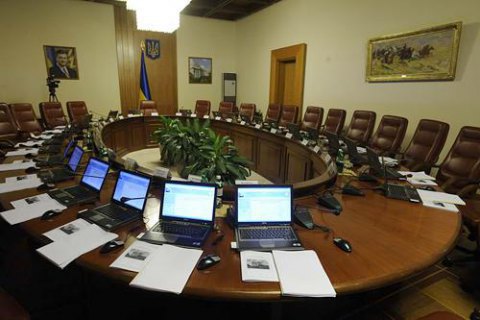 A number of executive officials have made an open statement to demand changes in the way the government operates.

"We are professionals who came from various sectors, often leaving behind high salaries and family time. We came because we understood: who else if not us? If not now then when? Recently many of us have tendered resignations because we no longer deemed it possible to continue reforms. Even those who are still there to 'pick this rock' agreed with us that it is necessary to say in public about the systemic crisis and critically important steps required to overcome it," the statement reads.

"Everyone is SICK AND TIRED of the situation when due to the lack of a clear mandate from political forces, many reforms whose implementation would take 3-6 months and are so awaited by people cannot be completed or even started within a year; we have corruption on all levels, absence of punishment and hypocrisy are a normality; there is no technocratic government either by spirit or by principles, it is impossible to involve a sufficient number of corruption-free professionals in public service," the signatories said.

"Unless we oppose the old system, we will feel like we are a smokescreen for corruption. We have no intention to get into politics, we want to continue working in our sectors. And we can build a new Ukraine if WE are supported in implementing reforms," they said.

They insist that the president and prime minister, who are also the leaders of the biggest parliamentary factions, should herald the changes.

"The principle of 'friends get everything while enemies get the law' should stay in the past! The truly technocratic government can change the life of Ukrainians for the better," they concluded.