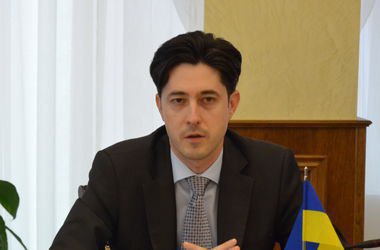 At a briefing on 15 February, he read out his request to Prosecutor-General Viktor Shokin to accept his resignation request. Kasko explained his decision by saying that "the current leadership of the PGO has finally turned it into an organ that is bogged down in corruption and mutual cover-up".

"A smokescreen of formally reforming the agency hides the same political guardianship, direct and total pressure on investigators and prosecutors, deliberate professional degradation, inaction and arbitrariness," he said.

According to Kasko, the PGO has turned into a tool of political intimidation. The reform initiated by David Sakvarelidze was deliberately derailed, he added.

Kasko said that he had let the Western partners know about his decision to step down.

Later in the day, US ambassador to Ukraine Geoffrey Pyatt said on Twitter: "Kasko was a champion for change w/in the Prosecutor General's Office. His resignation is a blow to #Ukraine's reform progress".