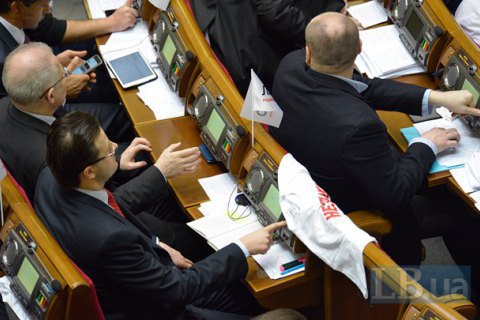 The Ukrainian parliament has adopted the three remaining bills required for the EU to decide on lifting visa requirements for Ukrainians.

In particular, it adopted bill No 4054 which notable expands the list of circumstances under which property can be impounded and special confiscation can be applied. The bill was amended after some of its clauses were found to be at variance with the EU directives.

Also, parliament passed bill No 4055 amending the law "On the prosecutor's office" in the second reading and as a whole to ensure the transparency of the Specialized Anticorruption Prosecutor's Office, as suggested by the International Monetary Fund.

The third and last bill (No 4056) from the so-called "visa-free" package, which was adopted in the second reading and as a whole, improves the principles of work of the agency on the identification, search and management of assets acquired as a result of corrupt or other criminal actions.

The bill was reworked in line with the EU recommendations.