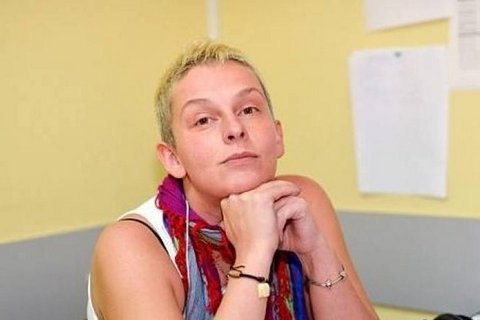 The Security Service of Ukraine (SBU) has expelled Mariya Stolyarova, a creative editor at the popular opposition-leaning Inter TV channel, from Ukraine. Stolyarova was dismissed from her post on 23 February.

"Russian journalist Mariya Stolyarova was provided with a one-way ticket and left the territory of our state under the supervision of SBU employees. Earlier they carried out investigative actions concerning Stolyarova. They were interested in the Russian's dirty words which she used when the story of the Heavenly Hundred was on [the air]. They also had questions regarding her stay on the temporarily occupied areas in 2014 and her possible involvement with the terrorist organizations of the Donetsk and Luhansk people's republics. Her social media posts are being systemically analysed and checked against signs of anti-Ukrainian propaganda. A proper assessment will be done in a while," the SBU said in its statement.

The SBU decided to cut Stolyarova's term of stay in Ukraine over her actions damaging the interests of Ukraine and banned her from re-entering the country for five years.

On 21 February, Stolyarova said "Enough with this bullshit" on the air of Inter's Podrobnosti Nedeli news bulletin when the story of the Heavenly Hundred martyrs was on. She later explained it was a technical glitch.

Previously, she used to work for Russian Ren-TV. Some anti-Ukrainian and anti-Maydan posts were found on her social media accounts, which she said were for "production needs".