Based on the findings of the survey, Gorshenin Institute's experts have made the following observations:

The overwhelming majority of Ukrainians (80.5% of the respondents) says it is aware of the Minsk agreements. 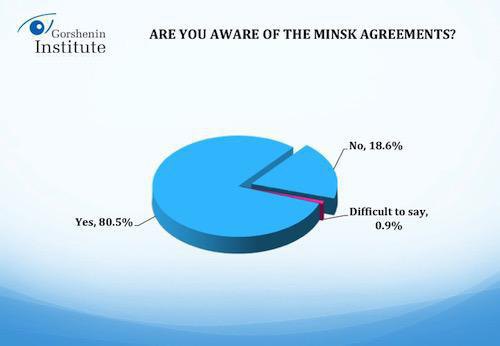 More than half of the respondents (51.6%) believe that the Minsk agreements are to various extents not beneficial to Ukraine. Less than one third (28.2%) considers them beneficial. 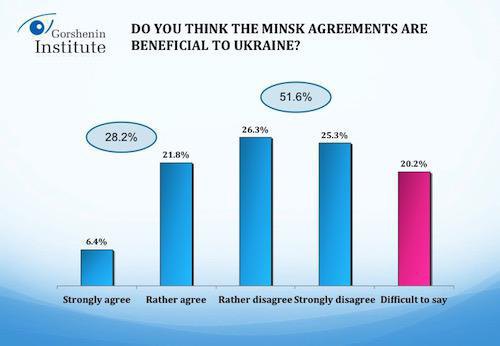 A little less than half of Ukrainians (45.9%) believe the Russian authorities are to blame for the failure to implement the Minsk agreements. Less than 15% of the respondents put this responsibility on the Ukrainian authorities. 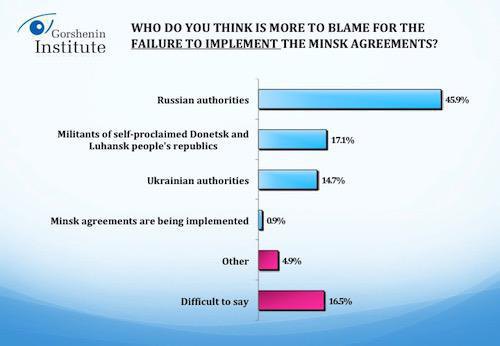 There are more Ukrainians who to various extents have a critical opinion (49.6%) about the OSCE mission than those who approve of it (35.6%). 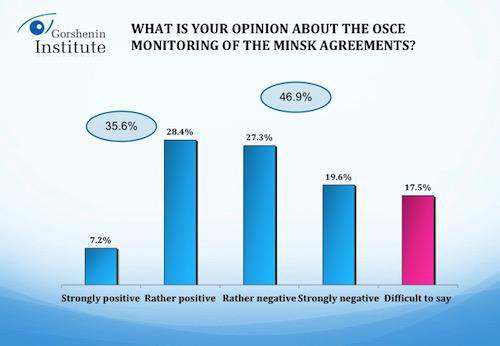 Half of Ukrainians (51.2%) do not support the introduction of amendments to the constitution foreseen by the Minsk agreements. 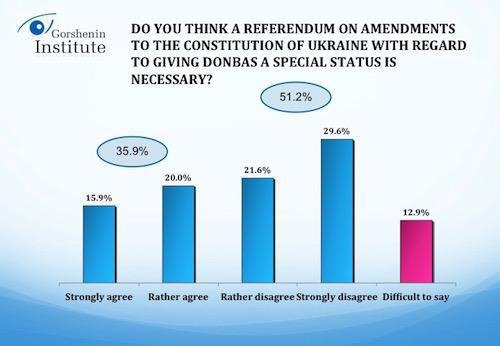 Were this referendum held after all, the majority of Ukrainians would vote against amending the constitution and laws of Ukraine.

Less than one quarter of the respondents (22.3%) would support the amnesty for those fought on the side of the Donetsk and Luhansk people's republics. Over 60% are against the idea. 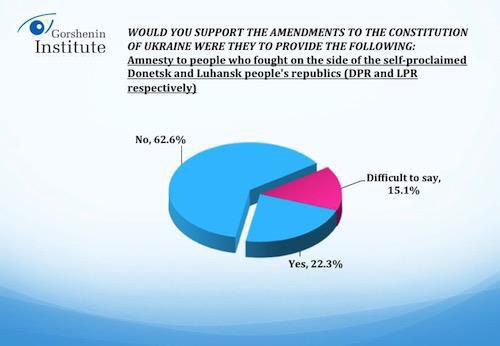 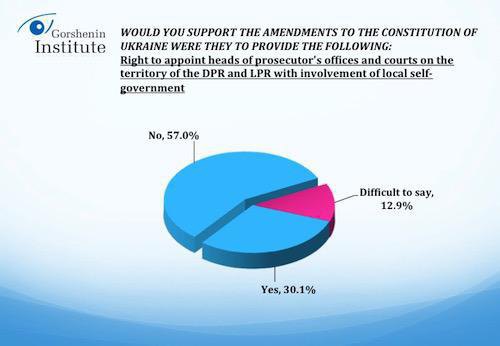 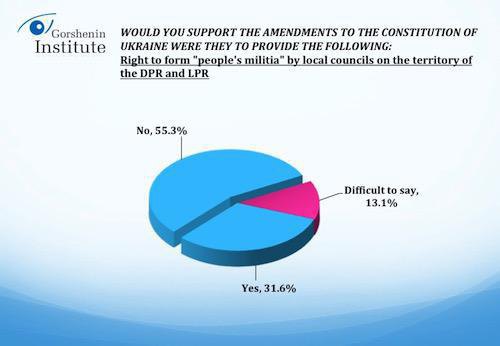 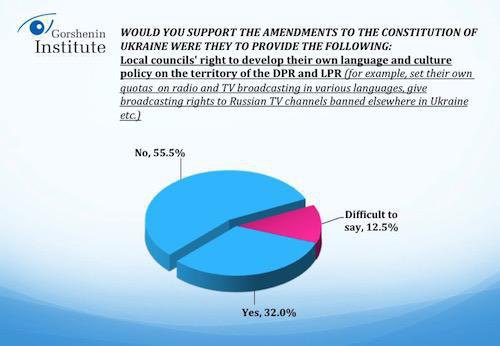 Almost three quarters of Ukrainians (74.2%) would not give the representatives of certain areas of Donbas the right to veto foreign political and economic decisions of the Ukrainian authorities. 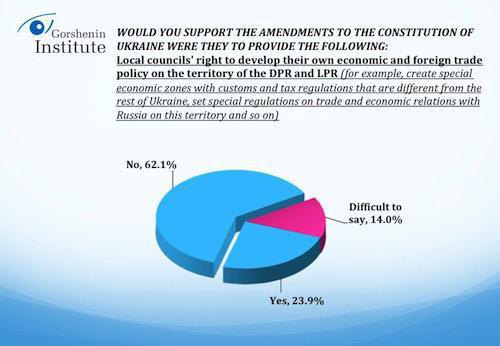 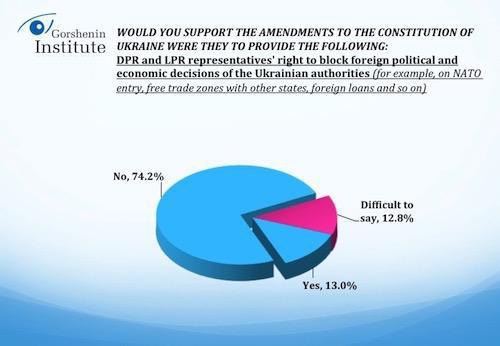 The majority of Ukrainians (53.9%) are not ready to give exclusive rights to local self-government bodies in Donbas even for a temporary, transitional period. 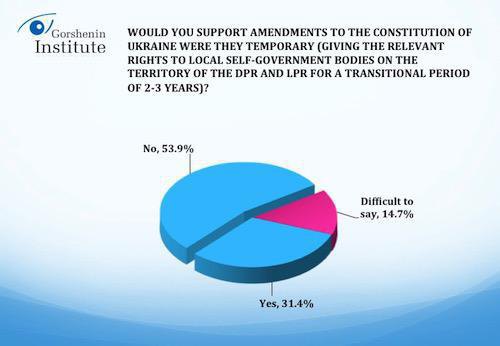 Almost two thirds (64.0%) of Ukrainians do not support the idea to extend similar exclusive rights to all regions of Ukraine. Overall, Ukrainians are generally favourably inclined towards decentralization: 62.4% of the respondents think positively of this idea to various extents. 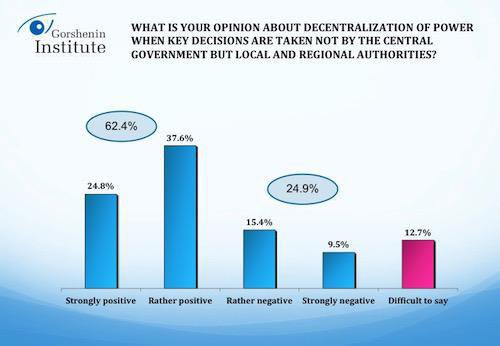 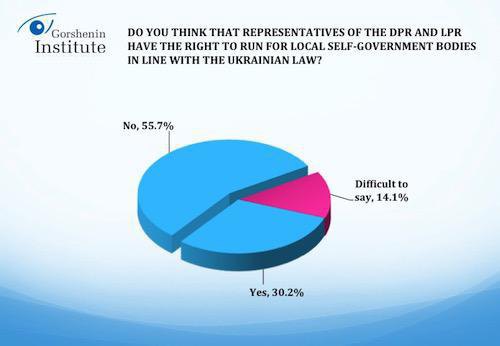 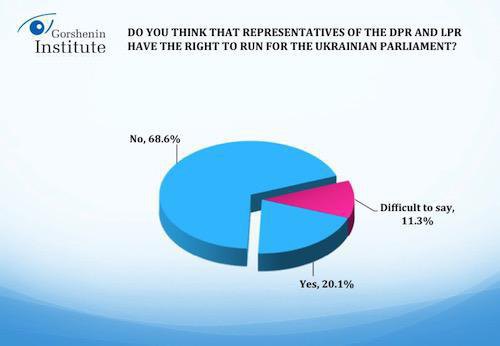 Over one third of Ukrainians (34.1%) still see a solution to the Donbas situation in the Ukrainian army going on the offensive to restore control over the entire territory of the country. 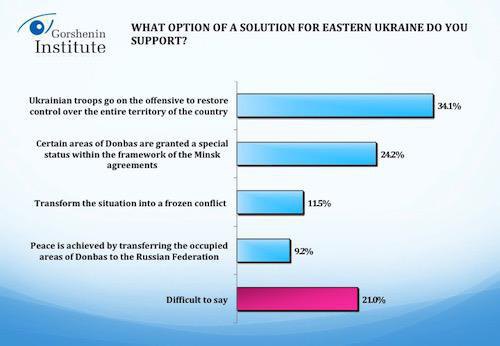 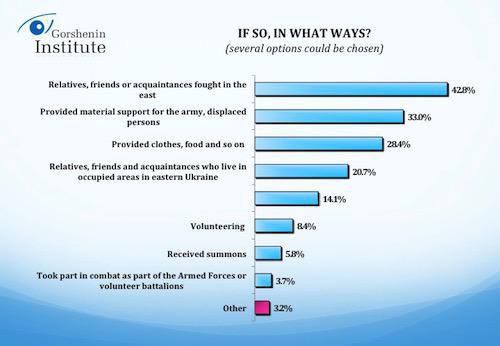 Gorshenin Institute carried out an all-Ukrainian sociological survey, entitled "Social and political sentiments of Ukrainians", from 8 to 17 February 2016. Overall the sample, based on the key social and demographic characteristics of the Ukrainian population, included 2,000 respondents aged 18 and above from all regions of Ukraine (excluding the occupied territories of Crimea, Donetsk and Luhansk regions). The quotas included an area of residence, gender and age of respondents. The margin of error does not exceed +/-2.2 per cent.