"In line with the ruling of the Simferopol's Tsentralnyy district 'court', dated 11 August 2015, I have to pay a fine of 10,000 [roubles]. I will appeal it but regardless of the result, I am not going to pay the fine. I do not want to because I am not guilty and have the right to [take] a photo with a Ukrainian flag near Lenin [monument]," he said. 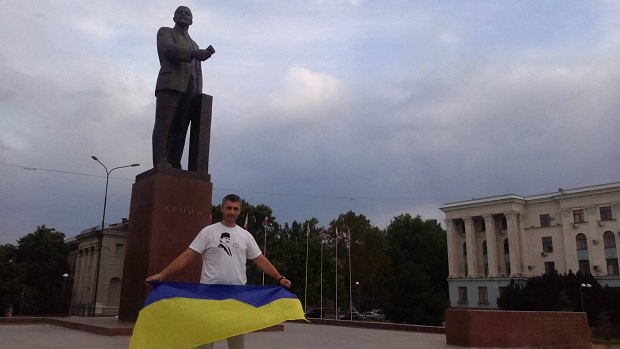 In March 2014, a Simferopol court recognized the Ukrainian flag a banned symbol. A participant in the event on the occasion of Ukrainian iconic poet Taras Shevchenko's birthday was sentenced to 40 hours of community work while the activist organizer lost his job.