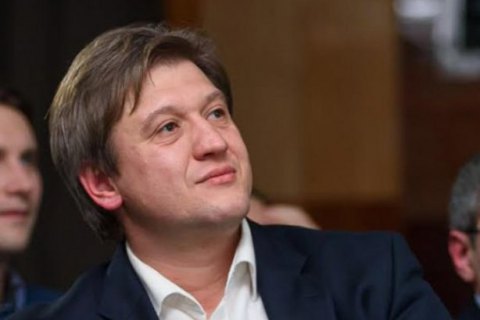 National Agency for the Prevention of Corruption needs to check whether the Minister of Finance Oleksandr Danyluk broke the law by not specifying in his income declarations his posts in offshore companies, Prime Minister Volodymyr Hroysman said during the governmental hour in parliament.

"It’s not about resignation. The thing is, if it was an offense, malpractice and corruption, he must be held responsible. I expect the organ to probe the data in the declaration, then conclusions must follow," said Hroysman.

The scandal with Danyluk’s offshore companies broke after the Scheme TV program received an extract from the official register of Cyprus companies, according to which the new minister of finance is the director of several Cypriot companies, which in turn have been founded by an offshore company from the Cayman Islands. Mr Danyluk failed to mention this in the declaration.

Danyluk acknowledged errors in the declaration and promised to rectify the situation.

"I want to apologize to the public – this information should have been properly declared by me on the first try," he wrote on his Facebook page.

"The [two companies in Cyprus and one in the Cayman Islands] were part of the group of companies that I led as one of the directors, i.e. as a hired manager acting in the interests of investors," the minister explained.