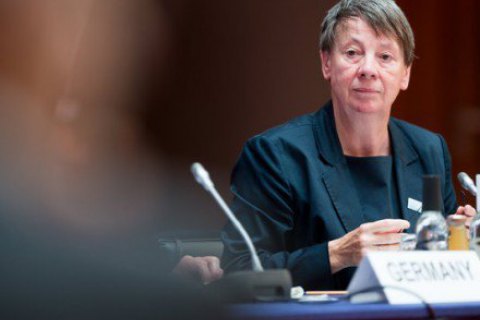 Germany plans to provide additional financial assistance to Ukraine in the amount of EUR 19 million in the coming years to overcome the consequences of the Chornobyl nuclear disaster, Germany's Minister for Environment, Nature Conservation, Building and Nuclear Safety Barbara Hendricks has said.

"We have already invested about EUR 120 million. In addition, in the coming years we will provide another EUR 19 million into the project," she said in an interview with Nordwest-Zeitung newspaper published on Friday.

If they manage to cover the nuclear power unit by a new dome, there will be no more immediate danger from the reactor, the German minister added.

Hendricks also expressed her skepticism about the use of "the peaceful atom" for producing power, and stressed the danger of the use of nuclear energy and the grave consequences of accidents in this area.

Last March, Hendricks visited the Chernobyl nuclear power plant to see the progress of work on the construction of a new sarcophagus.

The confinement is being built by an international consortium NKA headed by French company Vinci Construction and Bouygues Travaux Publics.

The construction of the sarcophagus is slated to be completed by the end of the year.