The Military Committee is the senior military authority in NATO. It is the primary source of military advice to NATO’s civilian decision-making bodies – the North Atlantic Council and the Nuclear Planning Group.

The Military Committee is the oldest permanent body in NATO after the North Atlantic Council, both having been formed months after the Alliance came into being. Its advice is sought prior to any authorization for military action and, consequently represents an essential link between the political decision-making process and the military structure of NATO. The Military Committee also plays a key role in the development of NATO’s military policy and doctrine within the framework of discussions in the Council, the Nuclear Planning Group and other senior bodies. 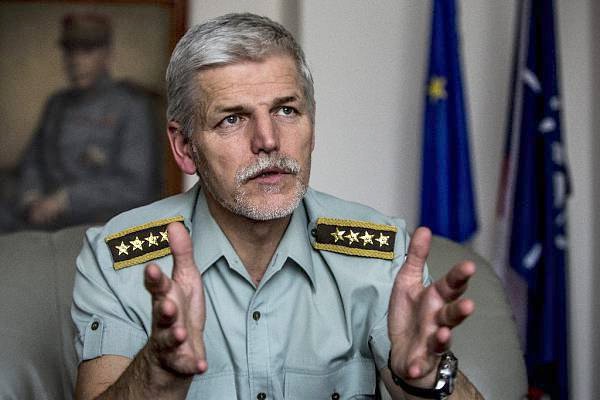 [Yuriy Mikhaylov] What are the prospects of military cooperation between NATO and Ukraine?

[Petr Pavel] The prospects are good, in short. To give you more details: there are vast areas in which NATO and Ukraine cooperate. They are covering the full spectrum of activities of armed forces. And the main objective for NATO to support Ukraine in defence area is to assist Ukraine to rebuild armed forces, which would be capable and confident enough to defend the country. And of course this capability was severely damaged during recent operations.

[Mikhaylov] Earlier at a news conference with Chief of General Staff Viktor Muzhenko you said that Ukraine had achieved some significant results in developing our army. So what should we do further?

[Pavel] Your military is transforming entirely in many-many areas, many ways. We can observe changes in structure, organization. We can observe changes in equipment, new weapons, and new technologies. We can observe changes in procedures. Ukraine declared that it would like to meet NATO standards fully by 2020. And there are a lot of measures to be taken to achieve that level of standardization. Not only technically, but also especially in procedures in the culture of work - how we interact with each other. So there are a lot of changes which are now in progress in Ukraine. And I'm really positively surprised and I have a great respect for the work which Ukrainian military is doing because they are really bringing a lot of changes under a very difficult situation. 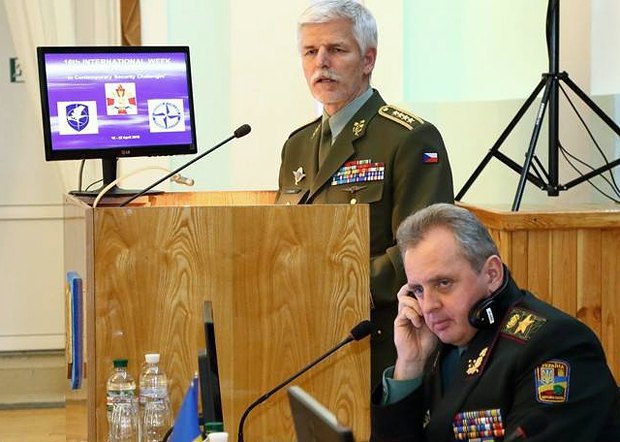 
[Mikhaylov] You've mentioned earlier that NATO will never accept the annexation of Crimea, but should we expect any developments towards returning the peninsula to Ukraine?

[Pavel] NATO doesn't want to behave same way as Russia. We simply cannot invade Crimea. So we have to pick up other tools. And we believe that a political, diplomatic solution is always better that using the weapons. That's why NATO asserts all the political and diplomatic pressure on Russia on international stage to bring it back to respecting international law and norms of behaviour. But at the same time we are assisting Ukraine in becoming again stronger and able to defend itself. And by continuing to stress that we will not recognize the state of things as they are now. We are very clearly saying that this is not a 'fait accompli', this is simply the thing which will need to be addressed.

[Mikhaylov] What are NATO's future plans to strengthen its defence capability?

In terms of military adaptation NATO addresses primarily two major areas: one is an appropriate level of forward presence in combination with ready and responsive follow-on forces on the territories of NATO countries. These two elements of deterrence should be put again to higher level so that they represent truly deterrent factor for any aggressor coming from any direction, regardless of whether it is Russia or any other potential aggressor. We simply want to stress again as NATO that we are ready and willing to defend our own territories.

[Mikhaylov] What about information warfare? Does NATO have any means to confront Russia's propaganda?

[Pavel] Of course there are always means to confront any activity. And I strongly believe that the best way how NATO can tackle Russian propaganda is by not using the same tools. Because if we go to the same level by answering to propaganda by propaganda, it will not be credible. I believe that if we have the truth on our side, we can and we should use it. And we should use it much more. I'm referring to the facts, which are available on the presence of the Russian soldiers and equipment in eastern Ukraine.

And the same way that president Putin acknowledged with some delay that Russian soldiers were involved in Crimea, I believe that it will come time when president Putin or his successor will admit that Russian military was heavily involved in Eastern Ukraine. We should also focus on credibility our own narrative to the public by admitting even our inefficiencies and mistakes, because if we try to present ourselves as perfect - it is not credible. So of course Russia is using some of our mistakes to their own benefit, and we should be strong enough to admit that we have made some mistakes, but we are learning. That would create much better atmosphere in terms of public perception and such a narrative would in my view in the end get public support. 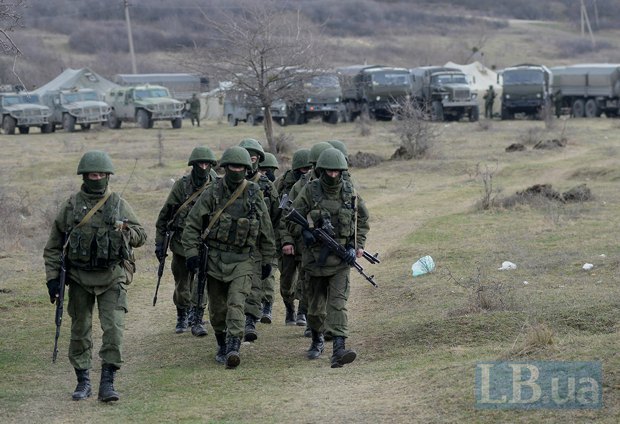 [Mikhaylov] On 20 April, NATO Secretary-General Jens Stoltenberg said that the alliance is enhancing its military presence in the Baltic countries because of Russian aggression. A few days ago there was a provocation by Russian warplanes flying over USS Donald Cook. How will NATO react if there are any further provocations like this?

[Pavel] I believe that if NATO planes were flying so close to Russian battleship, we would immediately have Russian protests if not retaliation fire. It's simply not a kind of behaviour which is accepted in relationships between counties. No matter how hostile they are to each other, this is simply not the way to do business. And we cannot take it any other way than provocation, because such behaviour even calls for a reaction. And I'm really grateful that the commander of the ship demonstrated a great deal of restraint by not reacting.

As you've mentioned, NATO is strengthening to some extant its presence in the Baltics, but we have to be clear that this a reaction to Russian annexation of Crimea, Russian activities in eastern Ukraine, Russian narrative in terms of using nuclear weapons and many others. And of course such behaviour quite naturally presents a rising threat in perception of population of the Baltic countries. So they asked NATO specifically to reinforce its presence in the Baltic countries to reassure that they would stand behind if there were any aggressive action.

What we stress all the time is that our reaction to Russian actions is always proportionate and defensive. And I think we have plenty of evidence to prove it, because when we compare the level of reinforcement by NATO to the Baltic countries to Russian presence on the other side of the border in terms of number of troops, number of exercises, scope of these exercises, level of modernization - then NATO is still below that level. I would also add that to address properly this military arrangement, we are always open to transparent discussion. 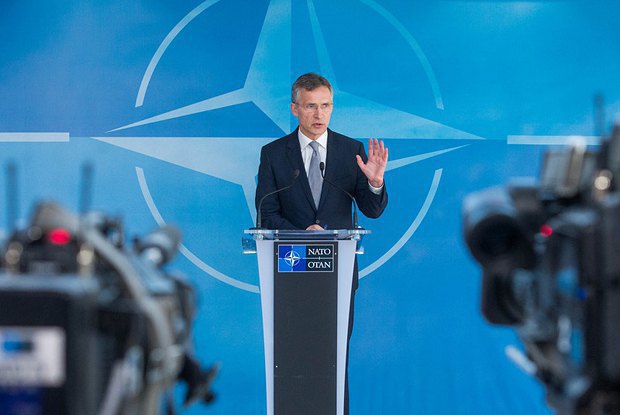 NATO was suggesting to introduce new transparency measures, new risk-reduction measures, NATO doesn't object modernization of Vienna document. We have suggested many times, and I did myself, offering [Russian Armed Forces' General Staff chief] Gen [Valeriy] Gerasimov discussion on risk-reduction measures, which would not only demonstrate what is the level of military presence, to what extant it is threatening to each other, but also it involves the means how to reduce the tensions. And we are ready to these discussions.

[Mikhaylov] After the NATO-Russia Council you told journalists that there would be no practical cooperation between NATO and Russia. So what kind of cooperation will it be?

[Pavel] We are not expecting any cooperation, but I would probably make it more specific. I can imagine cooperation with Russia, provided that Russia comes back to respect the international law and norms of behaviour, on terrorism for example. Terrorism, risk-reduction measures - these are two areas where I can imagine a kind of cooperation very quickly. If there's mutual respect and mutual trust. But at this point Russia demonstrates that it is not ready to respect international norms, they demonstrate that they are abusing facts, distorting reality and in such an environment it is very difficult to discuss any transparency measures, when on one side you will have open hands and nothing concealed, and on the other side you will have just deception. So first we have to rebuild some trust and trust can only be based on respect for rules.