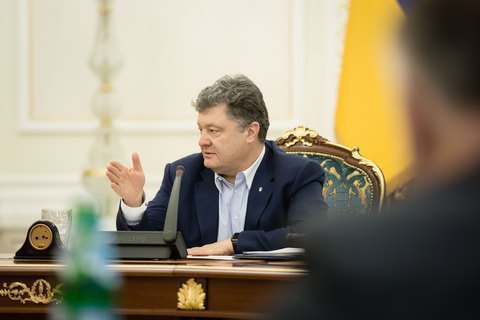 Thanks to a sharp increase in a number of the volunteers to sign military service contracts with Ukraine's armed forces or other military formations has made it possible to suspend the seventh wave of mobilization.

"As over 23,000 Ukrainians have signed a contract to serve in the armed forces of Ukraine and other military units, has made it possible for me to not declare the next wave of mobilization. I also do my best to postpone [mobilization] for as long as possible," Poroshenko told Ukrainian TV channels on Sunday night.

Poroshenko said increased salaries motivate volunteers to join the army, and noted that most of those who signed contracts are experienced fighters, who have served in the ATO.

"We have thus compensated the fourth [demobilization] wave. How many new volunteers apply, if it's enough to demobilize the fifth wave of conscripts in due time – we shall see," the president said.