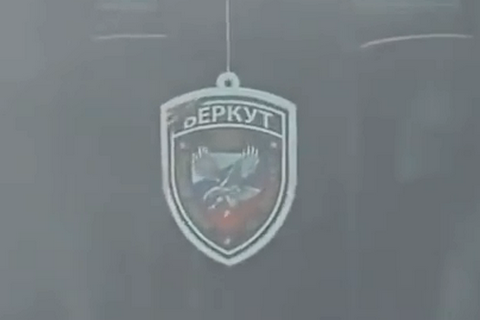 A police officer, who hung out an insignia of the disbanded special force unit Berkut emblem with Russian tricolour and signature reading The Russian do not leave their own behind, was fired, the chief of Kyiv metrolpolitan police Andriy Kryschenko said via his Facebook page.

"I do not want to know what he was thinking when he did this. Important thing is that his act cast a shadow on all of his brothers, police officers, the whole of Kyiv police. One such act of a single person can ruin months of collective efforts. I am convinced, therefore, that he has no place in the police!" Kryschenko wrote indignantly.

He said that the incident wikll be subject to an internal investigation, the findings of which will be submitted to the Prosecutor's Office and the Security Service.