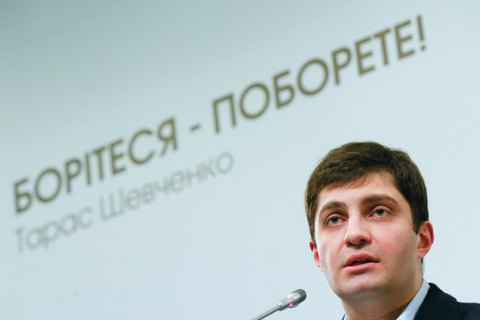 Former deputy prosecutor-general David Sakvarelidze has announced the creation in Ukraine of a new political party. He stated this at a lecture in the T. Shevchenko National University.

He said the new political platform, the creation of which is to be announced soon will unite "radically minded people, who want changes and reform in the law enforcement system."

On 29 March, the then Prosecutor General Viktor Shokin sacked Sakvarelidze from the post of deputy prosecutor general, and the prosecutor of Odessa oblast, allegedly for the latter’s participation in a political rally.

The American newspaper The New York Times criticized the domestic policies of Petro Poroshenko, accusing him of condoning corruption. The NYT editorial noted that one Shokin resignation from the post of chief prosecutor is not sufficient to effectively combat corruption. On the issue of Sakvarelidze’s dismissal NYT observed that Ukraine’s prosecutor general’s office consistently got rid of reform-minded officers.

Vice-President Joe Biden during Poroshenko’s visit to the US, emphasized the importance of the appointment of a new independent public prosecutor.

Later on, Sakvarelidze admitted that he had no desire to lead the GPU.