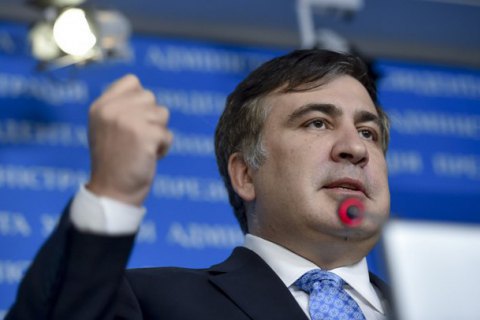 Head of the Odesa Regional State Administration Mikheil Saakashvili asks President Petro Poroshenko to deploy extra units of the National Guard and the police in the city.

"Tonight, hire thugs beat up protesters right next to the town hall, with surveillance cameras switched off beforehand," Saakashvili said in a video address.

He also recalled that on the same night rocket-propelled grenades were fired at the office of one of the banks.

"I call on and I ask the President to deploy in Odessa additional units of the National Guard and police, providing them with everything they need, including food, a place to sleep, and financing," the governor said.

Saakashvili called on Poroshenko and the Security Service to draw attention to the activities of the separatists and increase vigilance on the eve of the anniversary of the fire in the House of Trade Unions in Odesa on 2 May.

On 2 May, 2014, 48 people got killed and over 200 got injured in Odesa during riots. Most people died in fire in the House of Trade Unions.