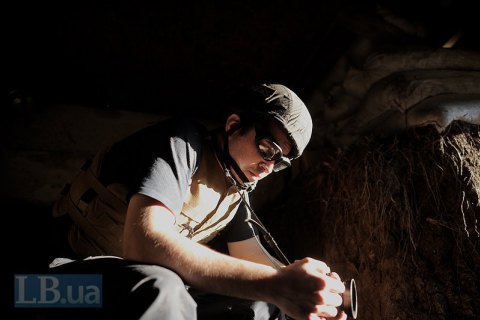 Over the past day militants 30 times attacked the positions the antiterrorist operation forces in Donbas along the contact line, the ATO press centre reported via Facebook.

Over 20 cases of ceasefire violation were observed after 18:00.

In Luhansk direction, militants fired 82 mm mortars and small arms at the positions of ATO forces near Stanytsya Luhanska and Trekhizbenka. Militants’mortars shelled government troops near Popasna and Shchastya.

In “DNR”-controlled Donetsk, the militants fired 120 and 82 mm mortars at the positions of Ukrainian army in Avdiyivka area. Near Krasnohorivka, terrorists used propelled grenades and small arms.

In Mariupol direction outside Pavlopol, the terrorists used 120 mm mortars, prohibited under the Minsk agreements.

There were several cases of ceasefire violation by militants in the area of Starohnativka and Taramchuk on Mariupol direction, as Popasna near Luhansk.