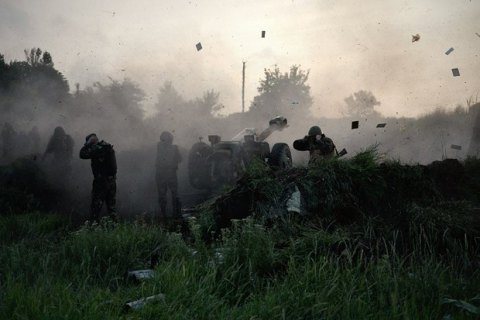 The Special Monitoring Mission of the Organization for Security and Cooperation in Europe (OSCE) said in a report that its monitors saw the heavy weapons banned under the Minsk agreements in Luhansk. Rocket launchers Grad, tanks and howitzers are still can be seen in the city.

In addition, the OSCE saw seven tanks T-72 in the city.

Over the past day, one Ukrainian soldier was killed and five others were wounded in the ATO area.