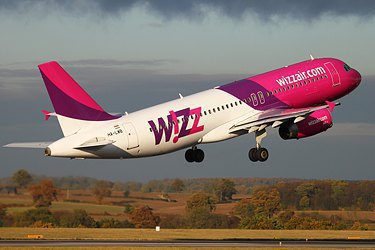 "We see that the situation in Ukraine is stabilizing, and in terms of business, we like what's going there very much," he said. Varadi recalled that the decision to close Wizz Air's Ukrainian subsidiary had been taken not only due to the war but also due to the fall of the hryvnya exchange rate and the number of passengers in Ukraine.

Wizz Air is the largest low cost airline in Central and Eastern Europe.

Before the outbreak of the Donbas crisis, Wizz Air had a subsidiary in Ukraine and three operation bases in Kyiv, Lviv and Donetsk. In April 2014, the Donetsk office was closed, followed a year later by the office in Lviv and Wizz Air Ukraine.

Currently, Wizz Air Hungary runs only one aircraft in Kyiv.