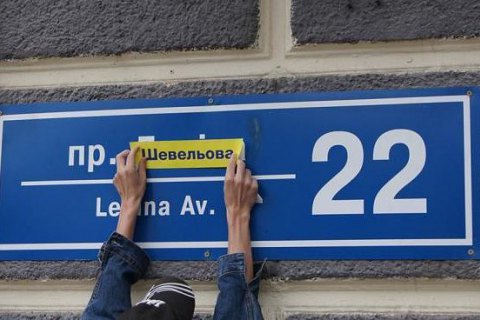 The head of the Kharkiv regional administration Ihor Rainin signed on Wednesday a decree to rename Kharkiv's toponymical objects.

"These are place names, which for various reasons have not been renamed by local councils," Governor Rainin said as quoted by his press servive. "We act strictly within the Law On the condemnation of the Communist and National Socialist totalitarian regimes and banning the propaganda of their symbolism. Under this law, the renaming should be completed by 21 May, which was the case in the Kharkiv region," Rainin said.

The governor was given the authority after Kharkiv city hall failed to complete the renaming within the period prescribed by the law.

Overall, Kharkiv renamed 52 streets and alleys, an avenue, and other toponyms, four administrative districts of the city, five metro stations and one park.