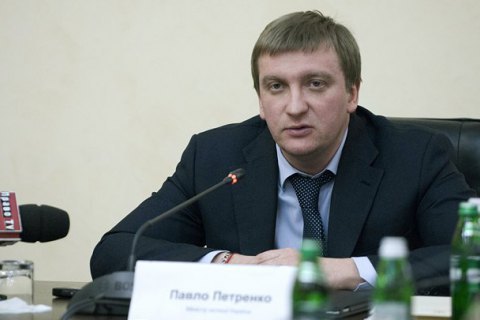 Justice Minister Pavlo Petrenko at a cabinet meeting on Wednesday named the judges, who, in his opinion, intentionally block tenders to select heads of strategic state-owned enterprises.

He called on the cabinet to request that the High Qualification Commission of Judges verify these judges in a transparent manner.

The ministry has found clear evidence, Petrenko said, that these judges' rulings that block public tenders were issued illegally.

Prime Minister Volodymyr Groysman, for his part, mentioned another judge, who had banned the appointment of the head of the seaport Oktyabrsk, selected through a tender.

On 28 April, Groysman instructed the Justice Ministry to look into unlawful court decisions.

Earlier, the Judicial Council and the Supreme Administrative Court said that the Justice Ministry was not authorized to verify court decisions, and described Groysman's instruction as political pressure.