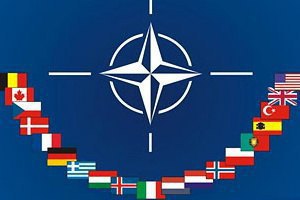 At present, one should not expect any significant changes in NATO policy towards Russia, a senior NATO official, who spoke on condition of anonymity, has told LB.ua.

According to the official, the Alliance has no plans to resume practical cooperation with Russia, and intends to continue ensuring the security of its borders and support the allied nations.

The threat from the Russian side, NATO representative noted, is being felt not only in the "countries that see the presence of unwanted Russian troops - Ukraine, Moldova and Georgia" and Eastern European countries, but also in Sweden and Finland. He pointed out that these countries are facing political pressure from Russia, the strengthened Russian military activities at the sea and in the air, and increase in the number and scale of military exercises. "

"The tension between Russia and NATO about the Baltic countries also does not allow Sweden and Finland to stand aside," he went on. Despite this, the official said, in the case of the Alliance cooperation with Sweden and Finland, we are not talking about the possible accession of these countries into a military bloc, but only of a partnership, he added.

In April 2015, Russia was outraged by the convergence between Sweden and Finland and NATO. Shortly before that, the defence ministers of Norway, Sweden, Denmark, Finland and Iceland signed a joint declaration on the strengthening of the collective defence of the Nordic and Baltic countries in the case of Russian military aggression.

The document provides for increasing the number of joint exercises, strengthening ties between Nordic industrial enterprises, including the defence sector, the exchange of intelligence and "cyber data".