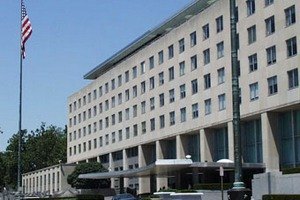 US will give Ukraine more than 28m dollars in additional humanitarian aid for the people affected by the Russian aggression in eastern Ukraine and the annexation of the Crimea. It is reported by the press service of the US embassy in Kyiv, citing the statement of the Deputy Director of the US State Department Bureau for Refugees and Migration, Nancy Jackson, and Deputy Director-Manager of the Bureau for Democracy, Conflict Resolution, and Humanitarian Assistance, Robert Jenkins.

With these funds, the humanitarian aid from the US since the beginning of the crisis amounts to more than 112m dollars.

The stated amount includes almost 17m dollars from the US Agency for International Development (USAID), 12m dollars of which have been provided by USAID Office of U.S. Foreign Disaster Assistance and will be given to UNICEF, the UN Office for the Coordination of Humanitarian Affairs, as well as a number of international non-governmental organizations to help displaced families.

Another 5m dollars have been provided by USAID to the UN World Food Programme to meet the nutritional needs of the most vulnerable groups among the displaced.

The sum, announced today, also includes 11m dollars from the US Department of State Bureau of Population, Refugees and Migration to be provided to the International Organization for Migration, the United Nations Population Fund, and other international humanitarian organizations. The aid announced today will help to satisfy the basic needs of thousands of vulnerable people, providing them with the necessary medical supplies, blankets, hygiene items and food. These funds will also improve access to health services and serve as resources to prevent and combat gender-based violence.

According to the UN estimates, more than 3.1 million people in Ukraine need assistance.