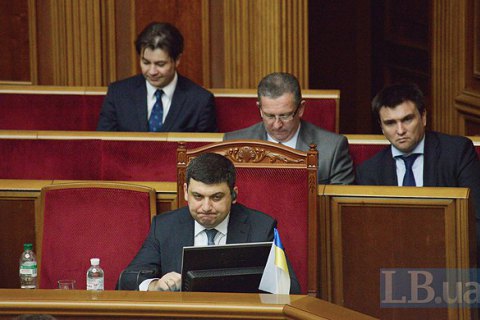 Prime Minister Volodymyr Groysman will ask the National Anti-Corruption Bureau to check into the information on corruption actions of the head of the Kyiv regional customs Serhiy Rudchenko released by the Verkhovna Rada Committee on Taxation and Customs Policy.

The premier made that promise during an hour of questions to the government in parliament in response to an inquiry by Tetyana Ostrikova, a member the committee.

Ostrikova said her commission has discovered facts, indicating that clearance at Kyiv regional customs was carried out at unreasonably low prices and without proper validation of customs value. According to her, only in December, 2015 the understated customs value of imports incurred state budget losses in excess of 950m hryvnia.

"This goes to show that Rudchenko abuses his office and provides illegal benefits to individual subjects," she said.

Groysman responded by saying he would send the incriminating materials to the NABU. "Based the results of this investigation, I am prepared to take any decision within my competence," he said.

Earlier, Groysman pledged to restore order in the country's customs within three months.